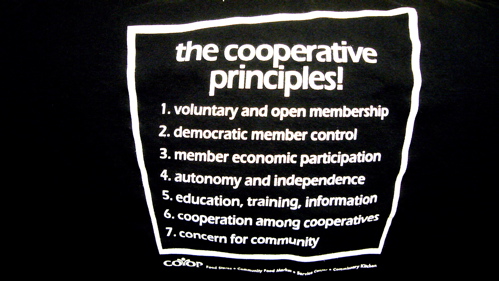 Over a year ago Family Farm Defenders contacted Land O Lakes, one of the largest dairy cooperatives in the U.S, to urge them to pay family farmers a fair price for their milk and to stop engaging in other questionable practices that hurt farmers and consumers (such as pushing GMOs like RR alfalfa and rBGH, importing milk protein concentrate (MPC) for use in dairy products, and colluding with other dairy giants to manipulate dairy prices at the Chicago Mercantile Exchange).  Given that 2012 is the U.N. Year of the Co-op, it is also disturbing to have a once proud farmer driven co-op like Land O Lakes routinely violating the Rochdale Principles of International Cooperation, as well as the 1922 Capper Volstead Act.

Unfortunately, Land O Lakes has not yet responded to the valid concerns of family farmers, which means FFD and its allies are now ramping up their public accountability effort in order to get their attention.

To hear a good overview of dairy price fixing and why Land O Lakes is being taken to task, listen to WORT Community Radio’s (89.9 FM in Madison, WI) interview with Joel Greeno, dairy farmer and FFD vice president.   You can find the interview at:  http://archive.wort-fm.org/  by scrolling down to Labor Radio Aug. 24th.

Also, FFD’s executive director, John Peck, had an article on the U.N. Year of the Co-ops identifying “bad” co-ops such as Land O Lakes in the August issue of Z Magazine.  You can read a version of the article here:  It\’s 2012! Are You Feeling Cooperative Yet?

For those who would like to share their concerns with Land O Lakes directly, FFD has produced a consumer oriented “Land O Fakes” postcard spoofing off their popular butter brand.  You can download your own copy of the postcard here: Land O Fakes Postcard

If you would like bulk quantities of this postcard to distribute as part of your local organizing please call the FFD office and we’ll get them in the mail to you as soon as possible:   #608-260-0900